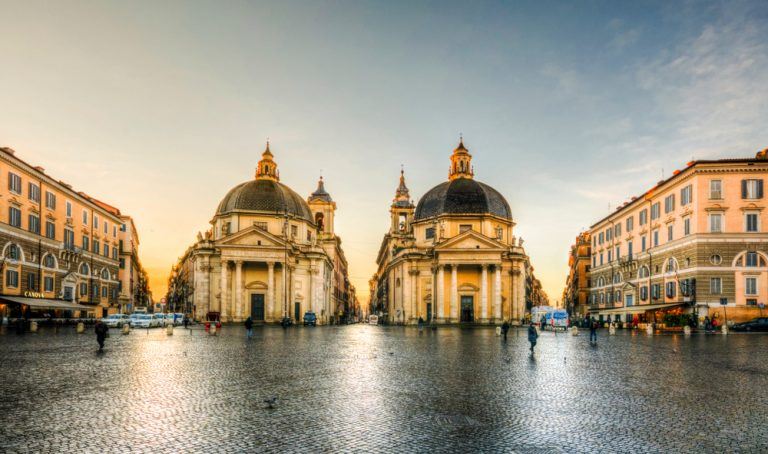 Together with the obelisk and the fountain with the lions, the twin churches are the symbol of Piazza del Popolo: immediately visible as you enter the Porta Flaminia, the ancient monumental entrance to Rome, stand out like two guardians at the top of the famous trident, consisting of Via del Babuino, Via del Corso and Via di Ripetta. Today we will reveal 3 curiosities concerning them, 3 details of their history that perhaps few know.

1) Are the twin churches really identical?

At first sight Santa Maria in Montesanto (on the left) and Santa Maria dei Miracoli (on the right) look the same, but they are not. Built in the seventeenth century on the orders of Pope Alexander VII who wanted to create a focal point that would attract the attention of all those who passed through the square, the two churches would originally have been symmetrical, but the architect Rainaldi had to deal with fact that on the left the available space was smaller than the right one.

The problem was solved by equipping Santa Maria dei Miracoli with an octagonal dome and Santa Maria in Montesanto of a dodecagonal, a form that allowed it to be crushed in the limited space available. Always for the same reason, the church plan on the left is elliptical, while the one on the other is circular: despite this the two buildings, for a particular optical effect, seen from the center of the square seem perfectly equal. 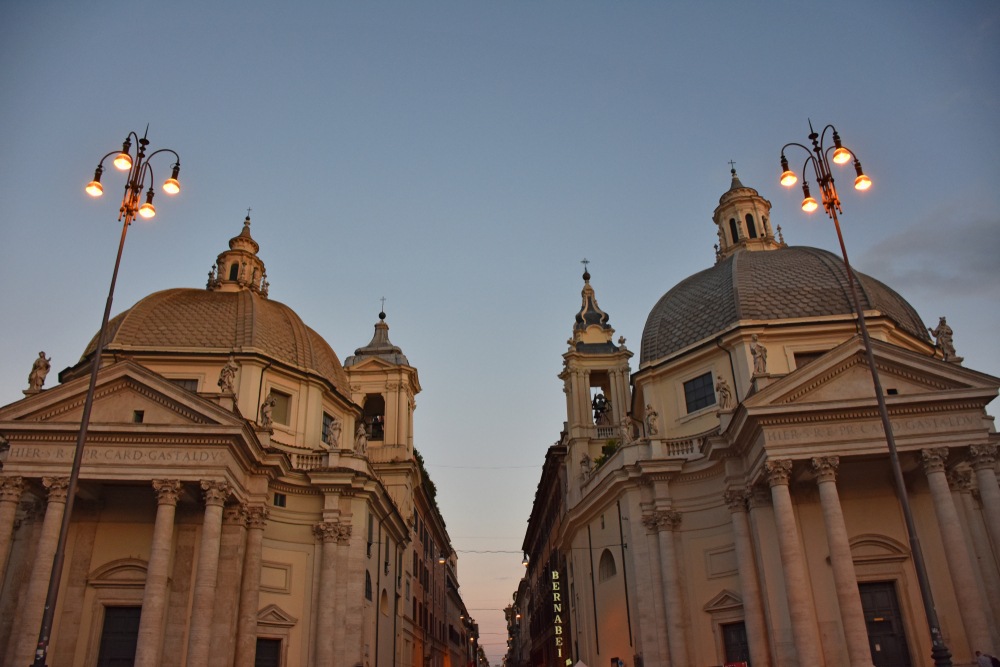 2) Why Santa Maria in Montesanto is called the Church of the Artists?

The church on the left owes its name to the fact that it was built in place of a small religious building belonging to the Carmelites of the province of Monte Santo in Sicily. Almost all of us know it as the “Church of the Artists” because, starting from 1953, it became the seat of the so-called Mass of the Artists: for almost 70 years, every Sunday there is a special Eucharistic celebration involving exponents of the world of culture and art.

The church owes its name to this liturgical tradition, and to the fact that here are traditionally celebrated the funeral of many people belonging to the world of entertainment.

3) Why is Santa Maria dei Miracoli called like this?

According to tradition, in 1325 a woman, to save her son who fell in the Tiber, invoked an image of the Virgin painted on the walls along the river. The miracle happened and, as a thank you, near the current Ponte Margherita a chapel dedicated to Mary was built, where the miraculous image was placed.

After passing under the direction of various congregations, having passed various floods of the Tiber, and after the original effigy of the Madonna dei Miracoli was transferred for security to another place, Alexander VII in 1661 ordered the construction of the new church in Piazza del Popolo, who was renamed Santa Maria dei Miracoli and still has a copy of the image of the Virgin (the original is today in the Church of San Giacomo in Augusta). 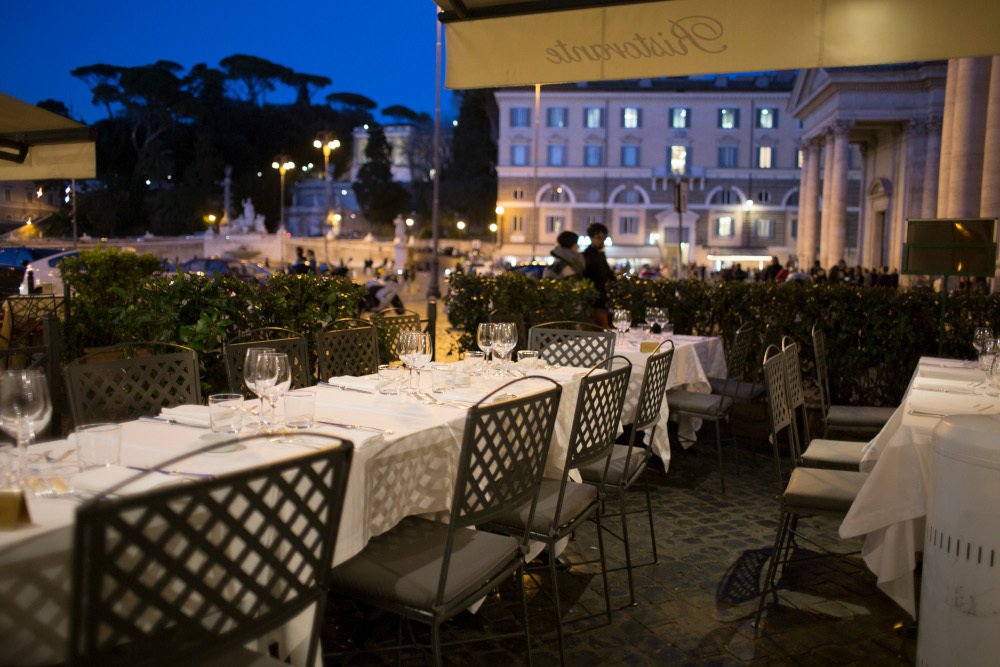 Traditional dishes, high quality raw materials, cozy and intimate interiors, a terrace overlooking one of the most beautiful squares of Rome, next to Santa Maria dei Miracoli: the Dal Bolognese restaurant, from the 60

The menu includes the most traditional Emilian dishes, proposed following the classic recipes, from homemade pasta to the cart of boiled meat, from the finest cold cuts (served with the classic fried dumplings) to the seasonal side dishes, accompanied by a refined wine list.

We are in Piazza del Popolo 1, in Rome, and we are open from Tuesday to Sunday, for lunch and dinner.