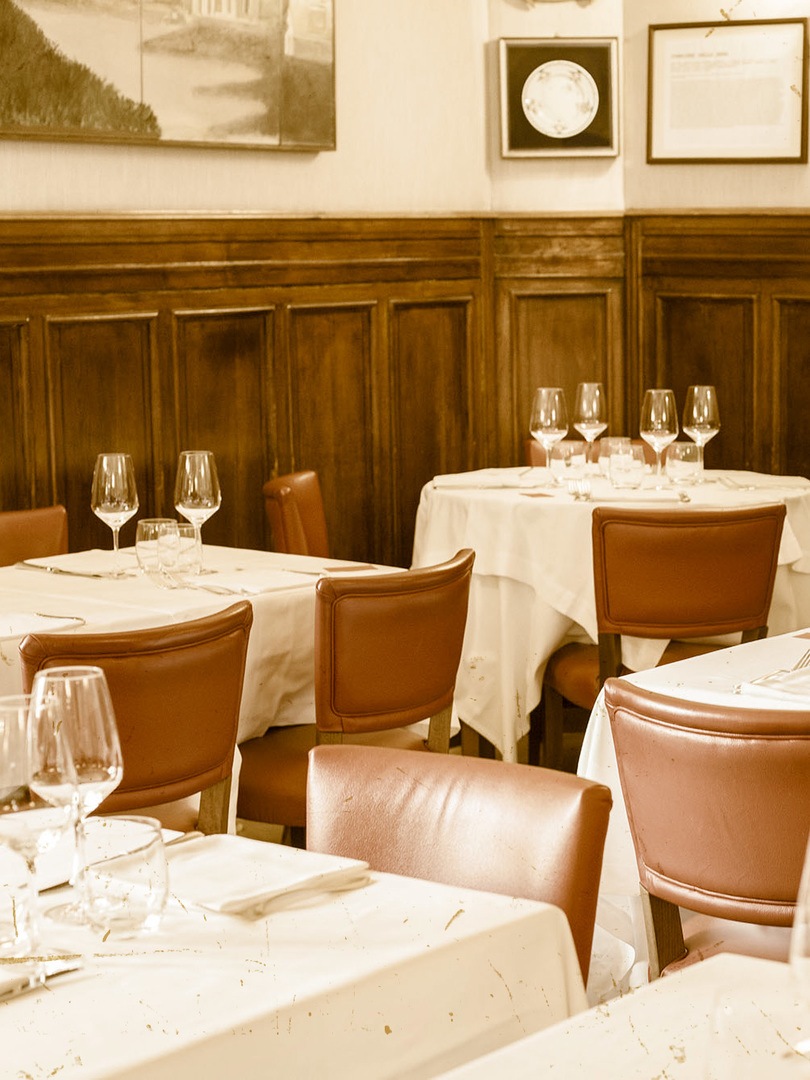 Just after the war, there was no hope left at Ducati: “Come to Morocco, it’s nice to live here, there is work for all”. This is what Ettore Tomaselli, a specialised worker at the aforementioned Ducati, was told.

Scopri di più
In Casablanca there was no trace of Bogart or even a job centre. The only things there were hunger and dust, the nostalgia of Bazzano, his home town, the perfume of Bologna and the carnival mask of Barbazech dla Cà di Zoca, the emigrant come home flaunting wealth and luxuries. What does all this have to do with anything? It is relevant, because Ettore understood that in Morocco he had to do something else rather than register cylinder capacities and oil engines. His mother Elvira had a sister, Cesarina, owner of the glorious restaurant of the same name and, hence, he decided to exchange pistons for pans out of necessity. He took over the management of a tennis club in Casablanca. Everything went well and a bank director lent him enough money to open a restaurant.

And so it happened that Ettore opened first Il Chianti and then Don Camillo (which still exists and resists). Things were looking up, the Italian cuisine attracted customers: fresh pasta and meats, like today, excluding the boiled meat. In six months, the two restaurants became a mandatory stop for royalty, divas… even the Platters gave autographed disks as a present to Elena, who became Mrs. Tomaselli after a love that blossomed in a photo developing store: Ettore brought in a roll to develop and Elena went crazy.

Alfredo was born in 1955. He speaks French and attended primary school when Morocco became independent and the Tomaselli hasd to move fast before they seized their tables and pots. They all got into a pastel blue Ford with the money hidden under the seats while Alfredo said goodbye to his playmates in the park. “My father would let me clear the tables for 5 francs”. He had already started contributing to the job.

They arrived in Rome on the Ford, where aunt Cesarina had a restaurant. They found a restaurant for sale, in piazza del Popolo, that still bears the same name. The owner, Mr. Parenti, wanted to sell it. On the wall: a photograph in sepia of a German tank parked before the entrance. Ettore pulled out 30 million lire. It is Rome’s golden age, but the Roman dolce vita had its centre in via Veneto.

The trattoria served 20 tables every evening. The Tomaselli suffered and fought to survive: Casablanca was far away but the restaurant managed to give a new air to its surroundings: Moravia and Morante, Flaiano and Schifano, Festa… all the new intellectuals passed by the restaurant: “But that was another Rome, restaurants where places where you wouldn’t spend heaps of money. You would just go there to drink the house wine. Today, restaurants are an industry.”

Piero Chiara, writers, actors, directors… all passed by the restaurant where a plate of tortellini costed 300 lire in the menu of the year 1966. Alfredo cleared the tables, pealed the potatoes, cleaned the beans, beat the eggs but also studied. In fact, he would have preferred to be among racing cars and he performed in Formula Italia and super Ford, but he understood that it was time to work: the chicans among the tables guaranteed safe money: “I was 12 when John Ford entered the restaurant. I used to play with soldiers and Indian teepees and didn’t know who this Master was. Everyone around me was agitated. I remember he went to buy me a box of chocolates from Rosati.

Gian Carlo Fusco was a regular client: brilliant and unpredictable. He was seated outside when he started screaming at the lady accompanying him. He flung a plate over the hedge, into the square, which then shattered. “Gian Carlo, you cannot do this here!”, my father told him. Fusco went into the back, picked up a broom and started sweeping the pieces.

“Sartre, Guttuso, Callas, Onassis, Orson Welles, Marlon Brando… I remember them all: the sudden silence caused by the appearance of Delon, the affair between Belmond and Laura Antonelli, all in all, the dolce vita”. 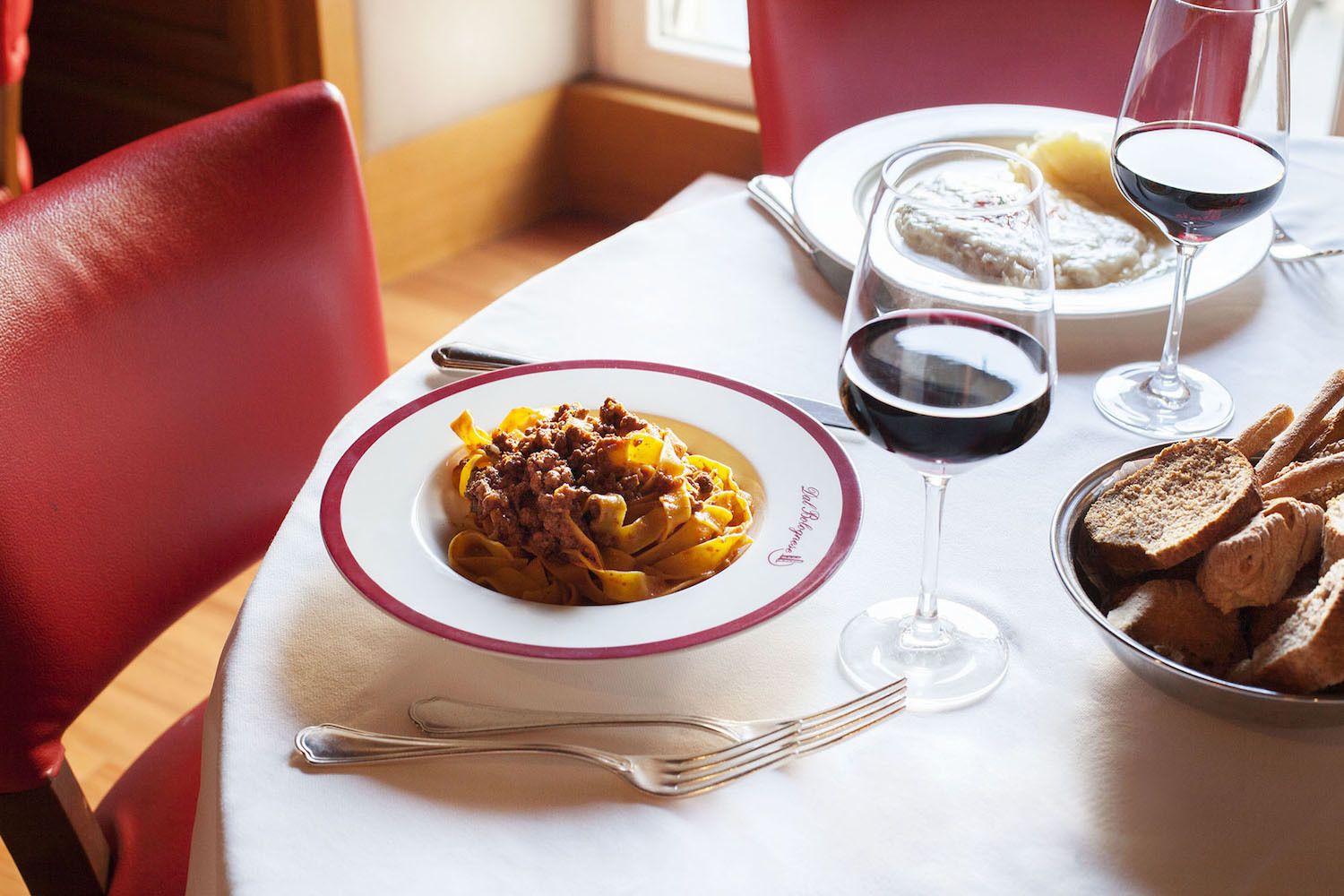 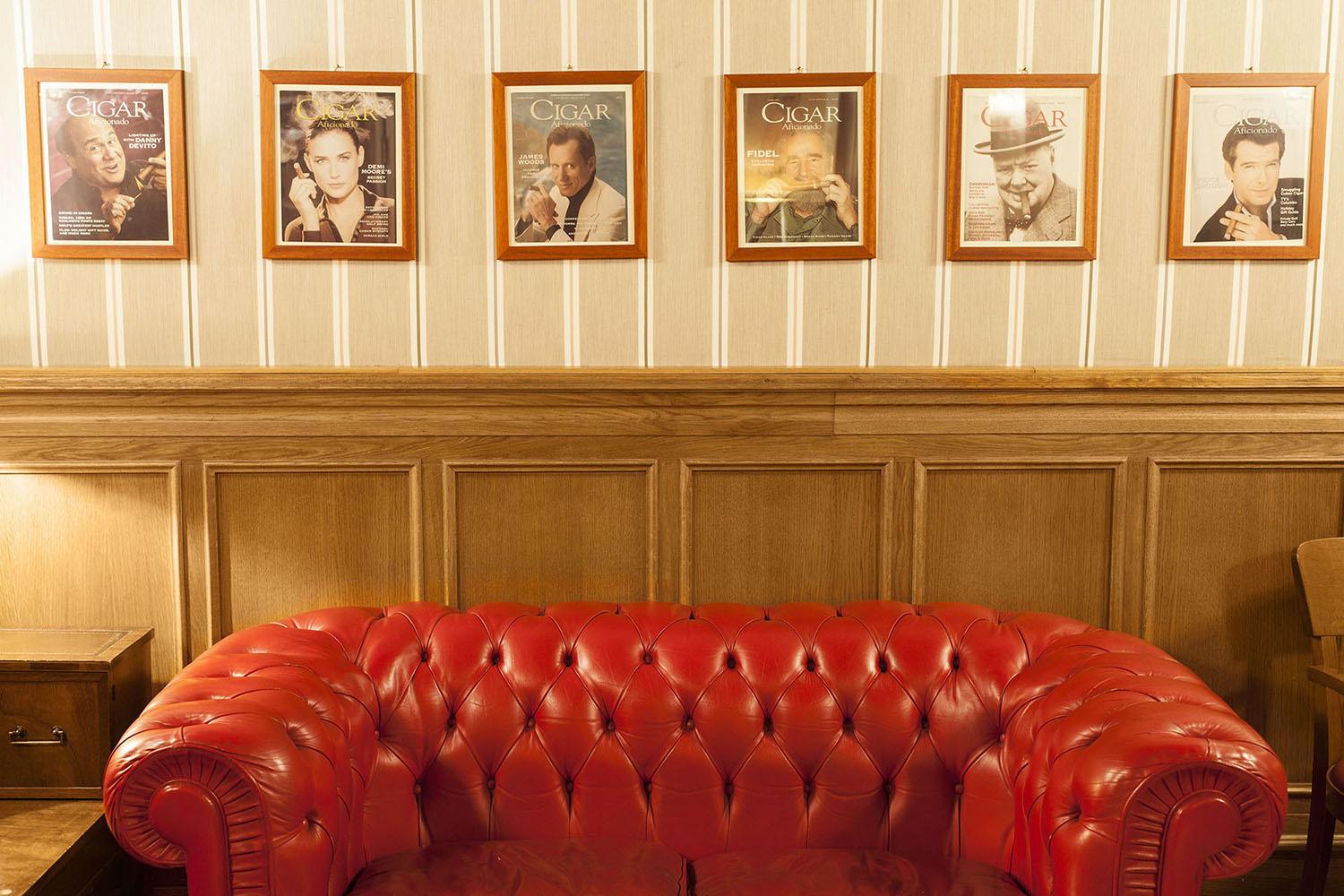 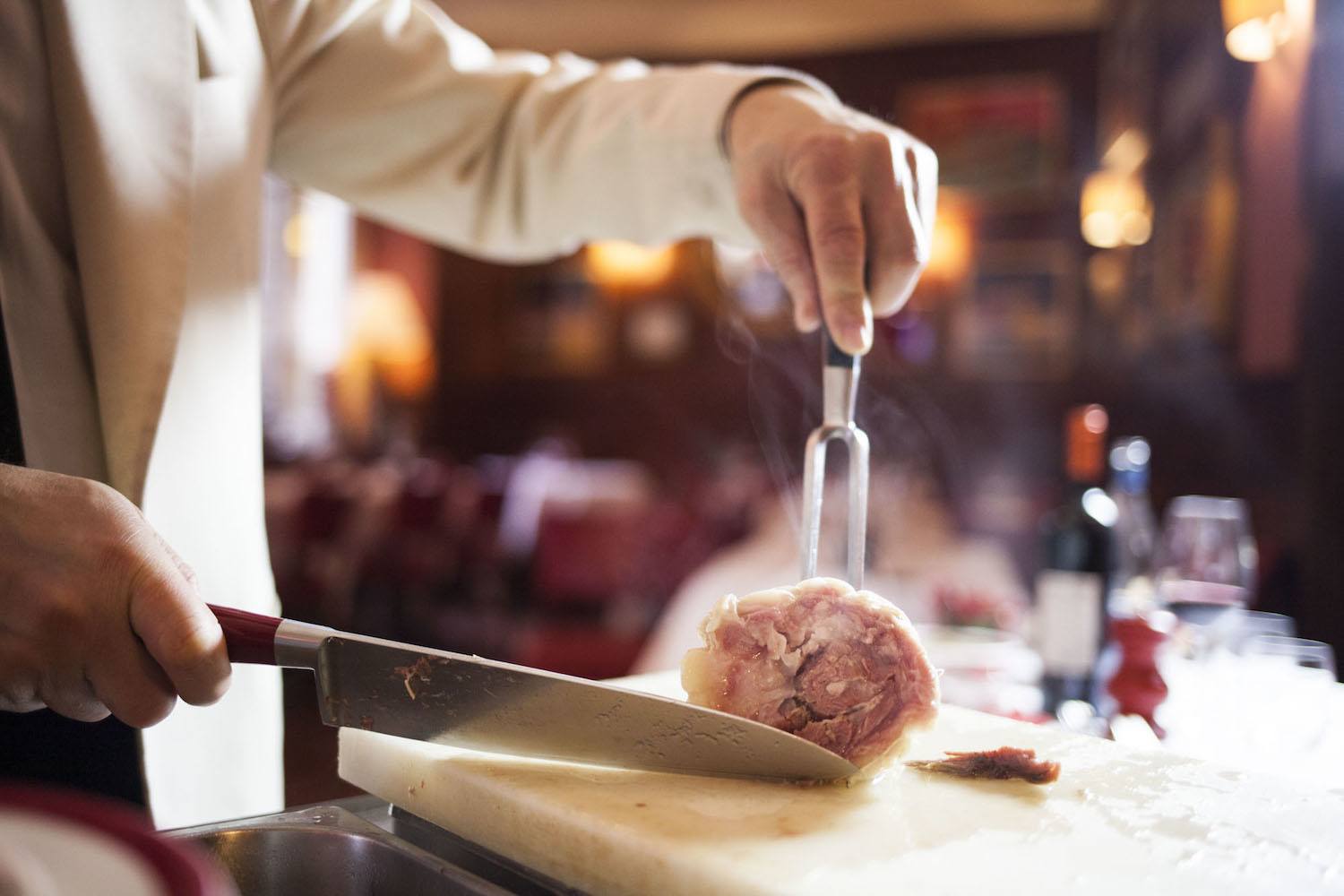 So began the adventure of Alfredo Tomaselli, son of Ettore, who now owns two restaurants bearing the same name but located in different cities: Dal Bolognese in Rome and Milan.

From la dolce vita to the sweet life: “Abramovich has spent seven thousand euros for a lunch for ten people, drinking the best French wines. Today, the restaurant is a place where politicians and actors meet in Rome, businesspeople and advertising agents in Milan. The real gentleman is rarely seen, although more authentic. I cannot live on VIPs alone, that would be crazy. The real customers are the ones you don’t notice.

I remember Elton John’s craziness, Gianni Agnelli’s salads, the love between Marisa Mell and Pierluigi Torri, Gigi Rizzi, Bouchet, Ripa di Meana and Franco Angelli. Nicole Kidman is a the woman who charmed me, light as a cloud, beautiful and kind.

My national politicians: Mastella always goes for mozzarella, Cirino Pomicino loves spaghetti with sun-dried tomatoes, Bossi was a foodie, Rutelli does not even look like a minister, Bertinotti is a gentleman. Before the last elections, I found Prodi, Bloomberg and Schroeder eating in three different tables. Silvio Berlusconi dined outside before the 11th of September. Sircana is a true friend, Di Piero a quiet gentleman, Cossutta showed me the card number 001 as a maoist follower, Capezzone always introduces himself, Pannella has never come, Cossiga adores our mixed fried dish from Bologna”.