A simple and ancient recipe that has become one of the most famous specialties of Bolognese cuisine. 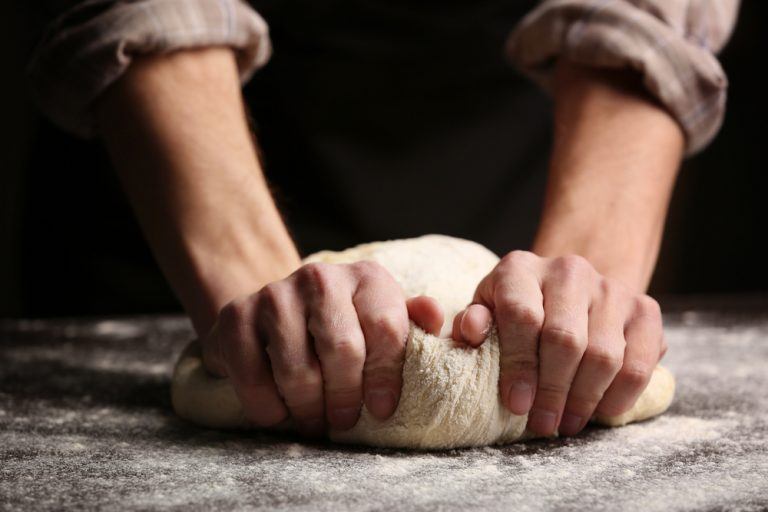 Today we will talk about the ancient original focaccia of Bologna, the Crescente Bolognese, prepared with flour, water and lard. If you want to learn how to make it directly to your home, do not miss our recipe, but not before having traced the history of this specialty.

History of a “recovery” dish.

The Crescente Bolognese has its roots back in time, when the Bologna bakers used to preserve the leftovers of bread dough (in the dialect “carsent”, “which grows”) and work them together with lard and the less sought after part of the ham, the so-called gambuccio.

From this mixture they obtained a nutritious and tasty focaccia, with which they used to have lunch and breakfast.

After World War II, thanks to the extremely improved living conditions, the recipe assumed the current characteristics (the Gambuccio, for example, was replaced with finest meats) that made it a great classic of Emilian cuisine.

For those who do not know, that of Crescente bolognese is one of the many recipes deposited at the Chamber of Commerce of Bologna by the Italian Academy of Cuisine, which for years has been committed to safeguarding the culinary heritage of the boot.

The real recipe for this specialty, to be handed down to future generations, is shown on a notary document, along with those of other key dishes of Bolognese cuisine. Here are the ingredients:

Of course, the doses that we will use today will be smaller, but the ingredients will be exactly those, less the “biga” (the pre-dough that needs almost two days of leavening), which is best left to do expert bakers.