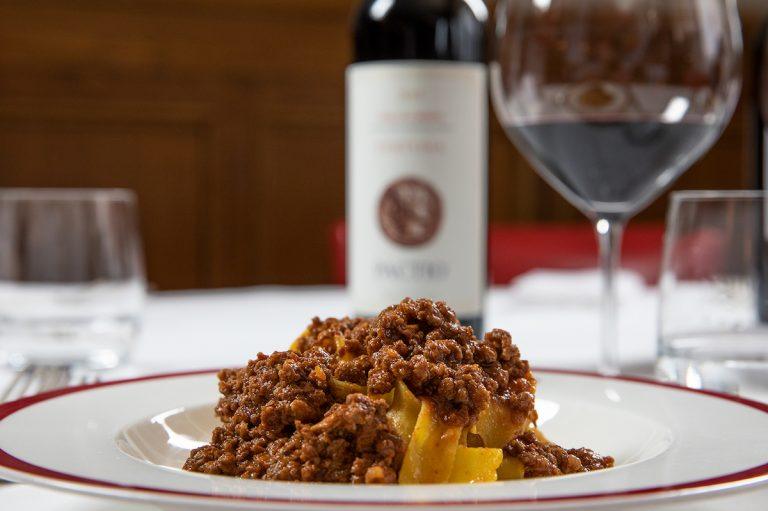 In popular culture, the city of Bologna has always been associated with its cuisine, traditional and of high-quality. So much so, that it is called “the City of Food”. A lifetime would not be enough to get to know the Bolognese cuisine and its typical recipes. For this reason, we will limit ourselves to indicating the 4 cornerstones that have made it famous all over the world.

Bolognese cuisine would not be what it is without pork and its derivatives. Mentioning  mortadella may seem obvious, but it is necessary, as it is the most well-known cold cut in the territory of Bologna, whose roots go back a long way, even to the Renaissance.

Mortadella, whose name derives from the Latin “mortarium”, the instrument with which pork meat was crushed, is obtained by chopping the lean part of the leg of the pork and mixing it later with fat cubes that give the characteristic appearance that we all know.

The mortadella from Bologna has a Protected Geographic Indication (PGI) since 1998 and, at European level, is the most famous cold cut, but not the only one. The region of Bologna is also famous for:

Our advice is to trust certified products to be sure to taste genuine cold cuts, prepared according to tradition.

The other cornerstone of Bolognese cuisine does not need an introduction: we are talking about egg pasta, fresh and strictly homemade.

The preparation of the sheets of pasta required of particular craftsmanship, an art that was passed down generation to generation. In the past, girls would learn when they were small to elaborate these pasta sheets to perfection, and many took on the profession of “pasta makers”, very rare these days.

You will hardly meet, in Italy or in the world, those who dislike tortellini, lasagna or tagliatelle, true symbol of the Bolognese and Italian cuisine.

Legend has it that tortellini were shaped imitating the belly button of goddess Venus and tagliatelle in resemblance with the long, blond hair of Lucrezia Borgia, on occasion of her wedding with the Duke of Ferrara.

Truth or tale, the fact is that the official recipes for tagliatelle and the tortellini stuffing (which counts mortadella as one of its ingredients) are registered at the Chamber of Commerce of Bologna. 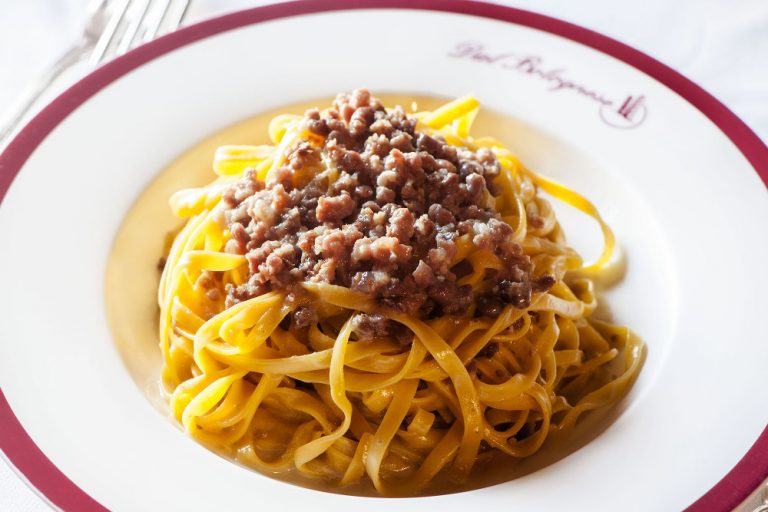 Among the many specialities that have made the Bolognese cuisine famous worldwide there is, of course, the classic and popular Bolognese meat sauce, perfect for tagliatelle and fresh pasta.

It is the most famous sauce prepared with minced meat in the world. There are several imitations abroad (with disappointing results) and some variants.

Having said this, the official recipe for the Bolognese meat sauce is one and one only, registered in 1982 at the Chamber of Commerce of Bologna. This recipe dictates that the sauce should be prepared by stir frying a mix of minced pork belly and veal meat (usually the flank, a meat cut next to the belly of the cow) together with onion, carrot and celery, and with a glass of dry white wine. It is then cooked for about 2 hours with tomato sauce and meat broth.

The preparation may seem slow, but the result is truly mouth-watering.

We could not conclude the list of dishes and ingredients that characterise the Bolognese cuisine without mentioning the boiled meat dish, or rather the “grand Bolognese mixed boiled meat dish”. It is a typical main course during the winter, prepared by boiling different meat cuts together with vegetables, aromatic herbs and spices for a long time.

The original recipe is crystal clear: this dish must be prepared using a mixture of pork, veal and beef. 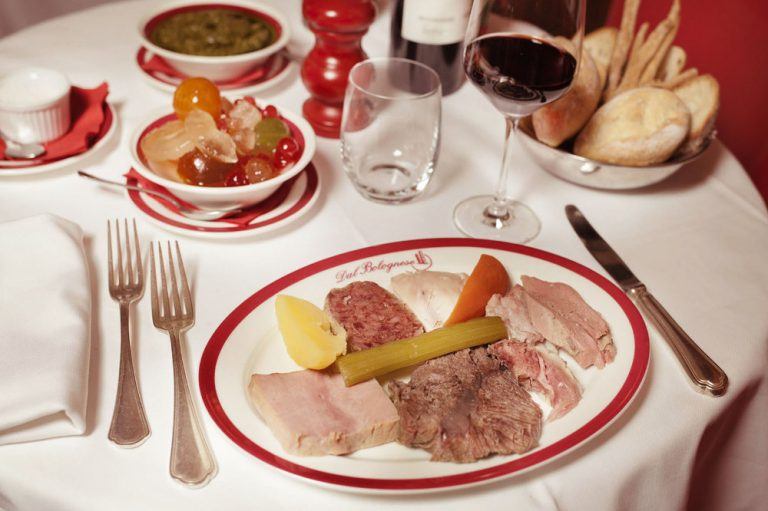 The cuts are kept warm and served accompanied by sauces and mustards such as the green sauce, the red one made from peppers and the quince and fruit mustards.

It is not easy to prepare this genuine meal and only through experience does one learn to choose the right cuts, combine them and let them cook for the exact amount of time.

What we told you today is just the tip of the varied world of Bolognese cuisine, but it is still a good start, maybe just what you needed to make you want to taste it…

Dal Bolognese restaurant: based on tradition beyond trends. 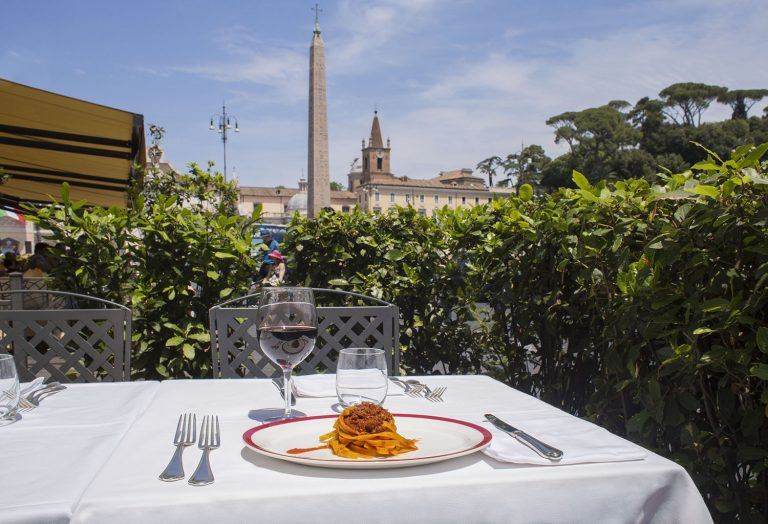 You can enjoy the true traditional Emilian cuisine in the heart of Rome and Milan. This cuisine is based on simple, high-quality ingredients, following ancient recipes, fruit of the love of a culinary universe whose roots can be found deep below the hills of Bologna.

You will find the very best of this great tradition in our menu, which encompasses a rich list of selected cold cuts, homemade fresh pasta and our mixed boiled meat dish: a delicacy for connoisseurs very difficult to find outside of Emilia Romagna.