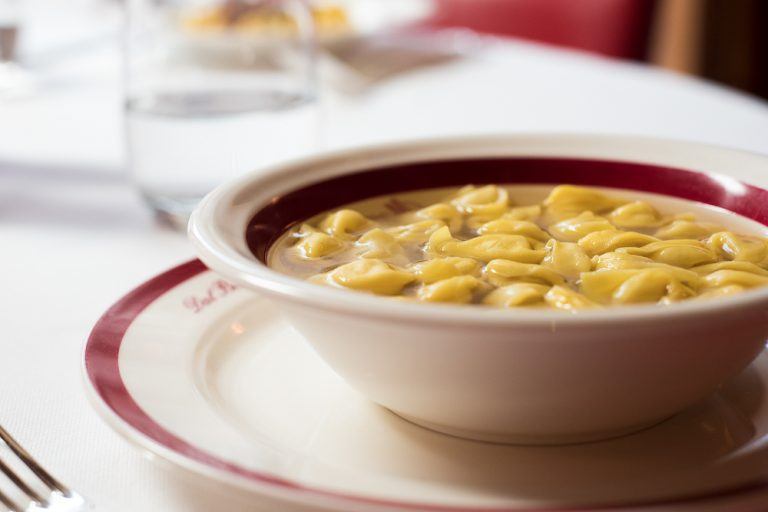 It all began in 1953, when the Italian Academy of Cuisine was founded, an institution whose aim is still to protect the Italian gastronomic tradition. When it comes to gastronomic tradition, one can not but immediately think of Bologna: the Delegation of San Luca has brought together 10 symbolic recipes of classic Bolognese cuisine in a single document, depositing it to the Chamber of Commerce.
Let’s find out what they are.

Known all over the world, tortellini are squares of puff pastry stuffed with minced meat, folded into the characteristic shape that resembles a navel and cooked in the broth.

Together with tortellini, they are among the most famous Emilian dishes: we all tasted this rich first consisting of thin layers of puff pastry, interspersed with meat sauce. We all know them, but not everyone knows that the classic Bolognese lasagne is green (the pastry is made with spinach).

Among the recipes of the Bolognese cuisine, another great classic with ancient origins: according to legend, these thin strips of egg pasta 8 mm wide, were invented on the occasion of the marriage of Lucrezia Borgia with the Duke of Ferrara, in 1487, while Bolognese meat sauce made its appearance on the tables of nobles in 1500. When the two specialties met, we do not know exactly, but the important thing is that it happened! 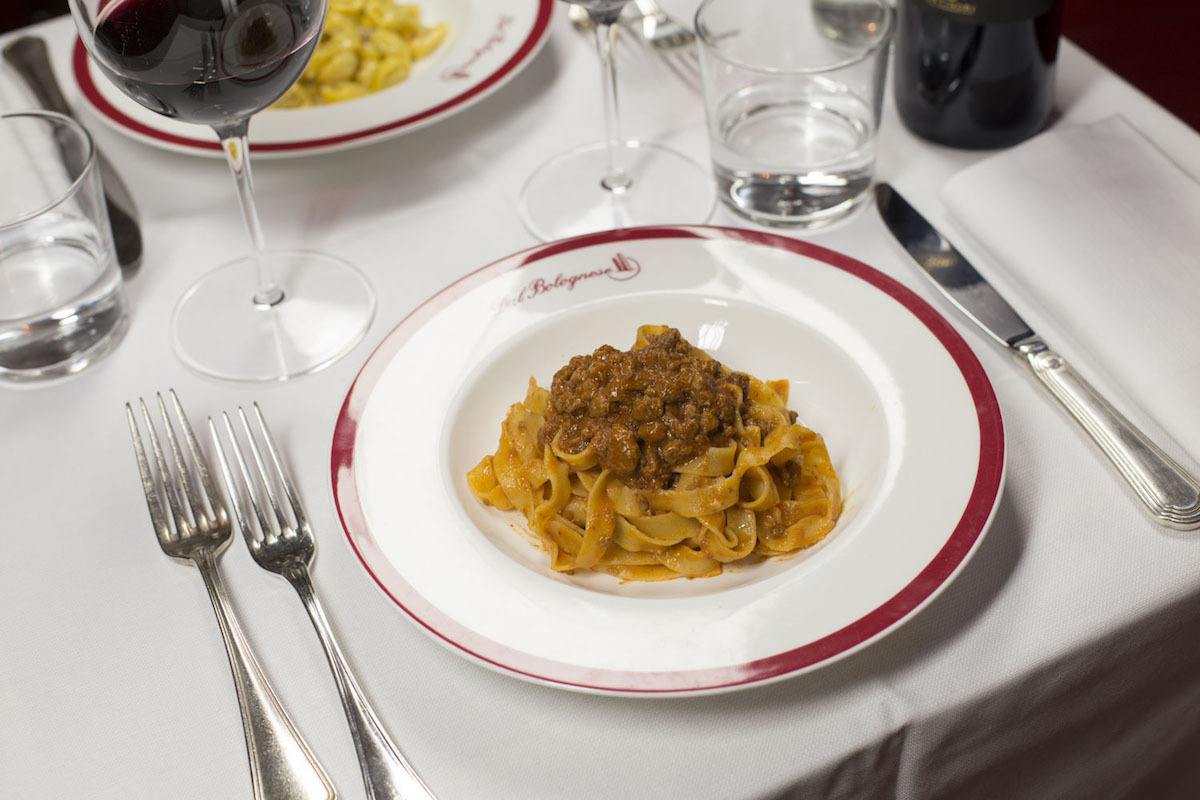 It is a rich traditional Bolognese sauce (whose origins are lost in the mists of time) prepared with white onions and peeled tomatoes. Its preparation requires a little patience, like all good things, but the end result is a delicious cream, to spread on toast or to be used as an accompaniment for meat or polenta.

In ancient times it was considered the classic dish of “recycling”, made not to throw the mortadella advanced by other preparations (such as tortellini for example). Now it is in all respects among the symbolic recipes of the Bolognese cuisine, which is prepared by adding to the chopped mortadella milk, ricotta and parmesan.

Among the second courses of Emilia is one of the oldest: it was born during the Renaissance, probably inspired by the French “ballotine”, made with duck. The preparation of this dish (once the prerogative of rich noble families) is rather laborious, and consists in stuffing a chicken or a capon with a filling of beef, ham and mortadella. The galantina should be cooked for a long time in the broth and should be served in slices, strictly cold.

Not to be confused with that of the Milanese, this dish is another great classic: it is breaded with eggs and breadcrumbs of the veal rump, then cooked in butter, laying on each slice and raw parmesan and finishing cooking with addition of product, to make the final result even more tender.

Bolognese cuisine is rich, but this real and unique recipe is one of the most delicious dishes ever: is prepared by frying almost everything from meat (lamb chops, chicken croquettes, mortadella, sweetbreads) with vegetables (zucchini, artichokes, aubergines, mushrooms, and so on and so forth), from cheeses (emmental, mozzarelline) to desserts (custard, ricotta, amaretti).

It is a typical Christmas dessert, whose origin dates back to the Middle Ages (probably its name derives from the fact that it was once prepared by the Carthusian friars) and is still a symbol of the birthdays. It is prepared with flour, almonds, pine nuts, dark chocolate, honey and candied fruits, and is recognized for its classic low shape, dark color, and the surface decorated with colorful candied fruit.

It is a soft sweet of rice, also called “some decorations” because in the past it was cooked during the feast of Corpus Domini, when balconies and windows were embellished with colored drapes. It is prepared by cooking rice in milk, and then adding it to a mixture made mainly of eggs, sugar and crushed almonds, which will then be placed in the oven. The recipe is quite simple, and the final result is guaranteed. 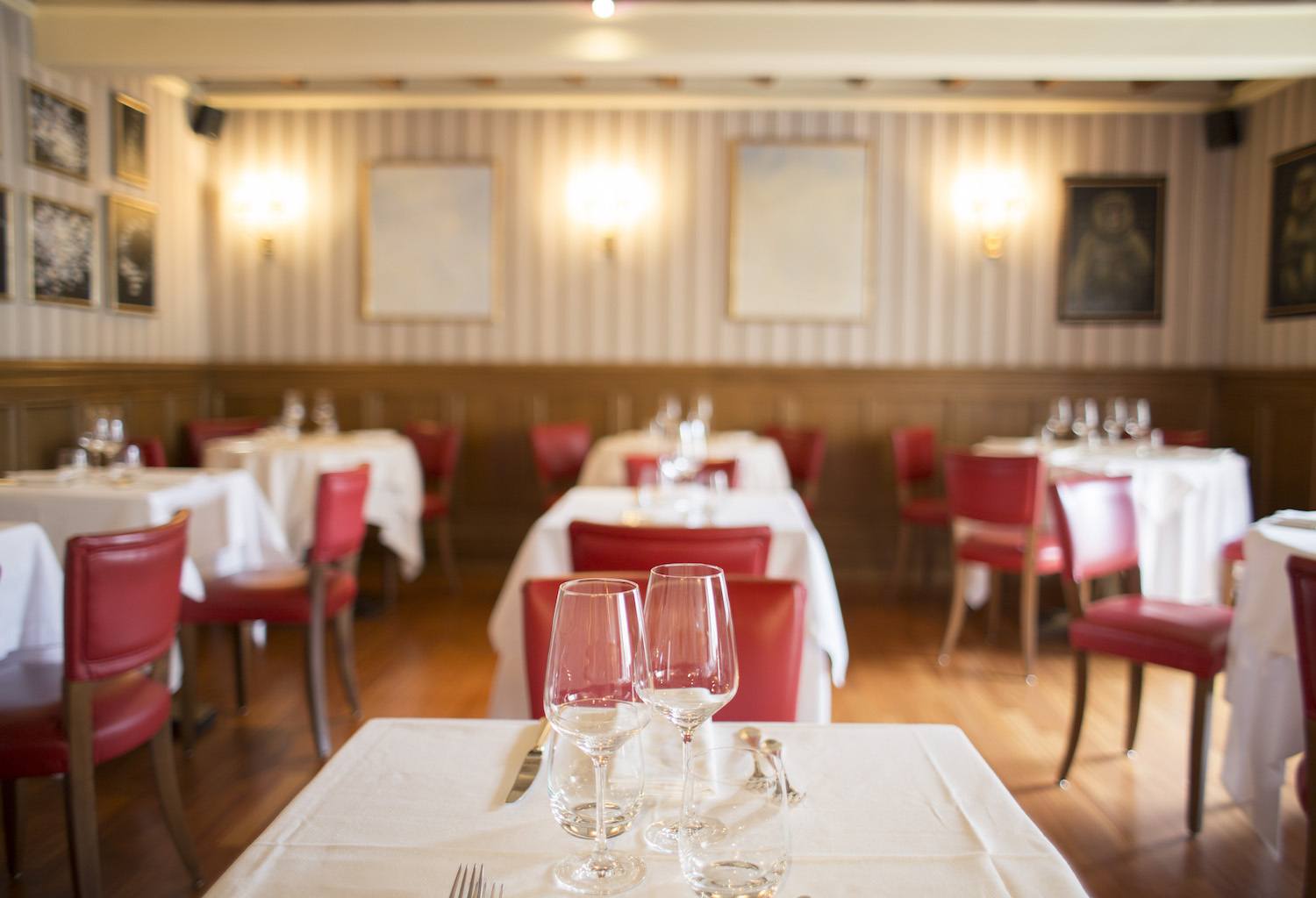 Ours is an ancient story, as ancient is the passion that we always put into preparing all the best recipes of the Bolognese cuisine, made of genuine flavours, high quality raw materials and a lot of hospitality.

In the welcoming, quiet and refined atmosphere of the historic Rome office, in Piazza del Popolo, and in the elegant setting of Palazzo Recalcati in Milan, you will have the opportunity to try all the most famous dishes of a tradition that is part of the Italian culinary history, accompanied by a wine list designed to enhance them at the better.