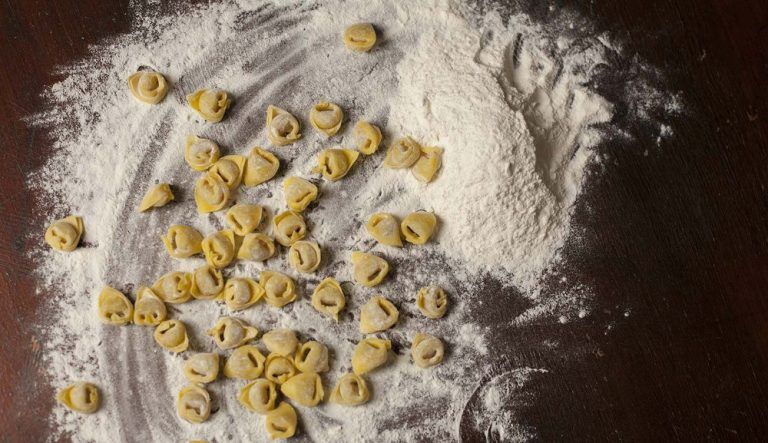 When we talk about tortellini, flavour, myth and story mix together in a unique universe composed of legends, recipes and paternity claims. We will refrain from giving our opinion and limit ourselves to tell the stories behind this Emilian tradition.

Tortellini: how are they made?

Tortellini are the famous pasta squares, filled and folded into the characteristic shape we all know. The stuffing and elaboration differ slightly between Modena and Bologna, the two cities that still today claim the paternity of the tortellini.

The pasta is prepared with flour type 00 and the freshest eggs. The dough is kneaded by hand for at least 15 minutes and then left to stand for about an hour. Once the dough is ready, it is rolled out with a rolling pin to reach a thinness of below one millimetre. It is then cut into squares of approximately 4 cm in side.

A small amount (the size of a nut) of this stuffing is placed on the pasta square, which is then folded into a triangle and rolled around a finger, giving it the traditional tortellini shape (in Modena, they are folded around the index finger, while in Bologna they use the pinky). 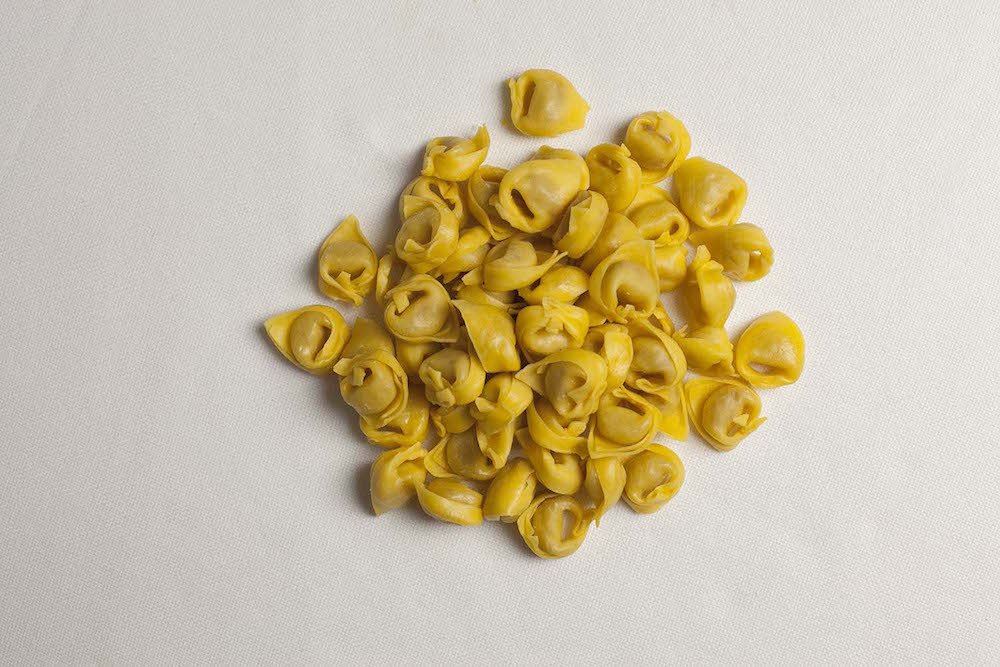 Tortellini: It’s all in the belly button.

Where and when were tortellini born? Why do they have such a strange shape?

There are two different versions of the legend:

Legends apart, the first evidences we have of the tortellini date back to the 12th century, when the first records report the presence of “tortellorum ad Natale” on bolognese tables. There is also a recipe written in the dialect of Modena from the 14th century. The tortellini also became the protagonists of a novel by Boccaccio from the 15th century.

From the 16th century onwards, the testimonies follow each other without respite:

The precise date of birth of this specialty is not known, nor the exact place. We know for sure that they were born in Emilia, that in 1904 they were exposed at a fair in Los Angeles and that in 1974 the original recipe was filed at the Chamber of Commerce from Bologna. 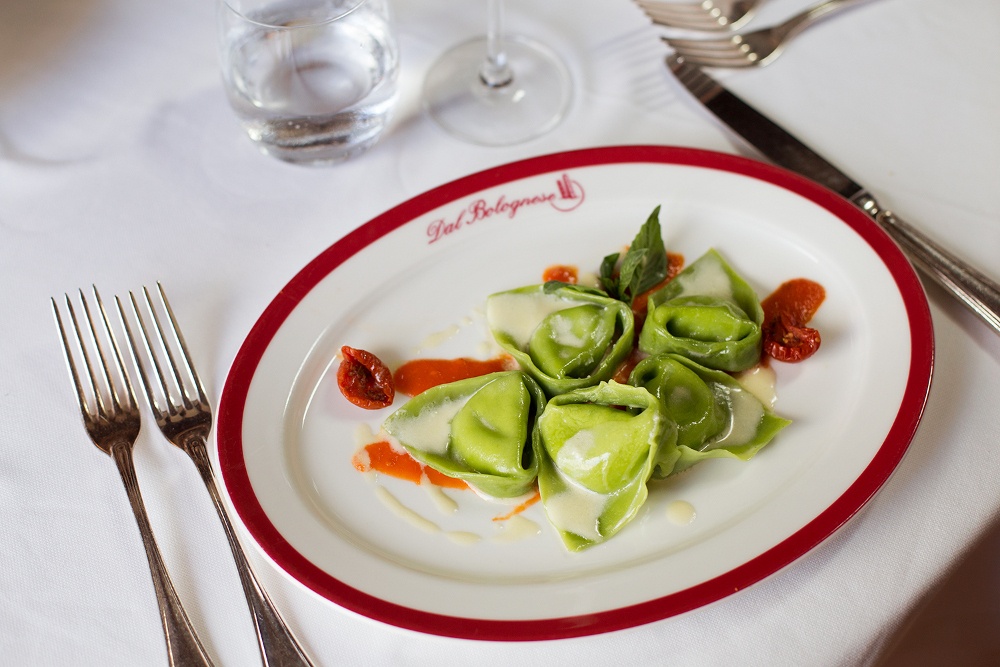 What do Piazza del Popolo in Rome and Via Amedei in Milan have in common? The fact that, in both locations of Dal Bolognese, the Emilian cuisine restaurant, everything seems to have stopped at the time of our grandmothers, when cooking was a passion.

We have spent three generations trying to bring the best specialities of the Emilian cuisine to our menu, paying particular attention to the crown jewel of this traditional cuisine: fresh handmade pasta.

We invite you to take a look at our menu and to try our cuisine. We are open for you in Rome every day, at lunch and dinner, except on Mondays. In Milan, we are open every day except Sundays.