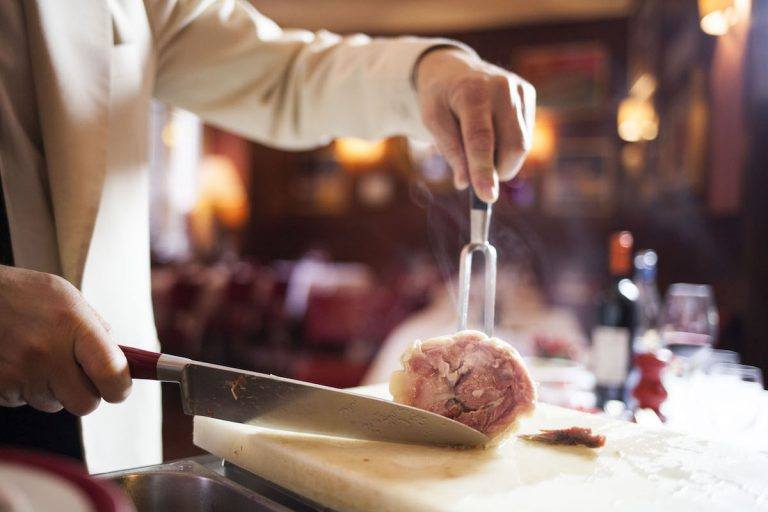 The history of our country goes hand in hand with some traditional dishes; among these, the Gran Bollito deserves a mention: born as a dish of recovery and then became a rich dish and still very sought after by the estimators of tradition.

The origins and the “rule of seven”.

The Gran Bollito is a meat dish that can historically connect different regions of Italy, in a flow of flavors and aromas that has not yet stopped.

In the beginning it was the Piemontese mixed boiled meat, which appears in the sector literature as early as 1887: among its admirers King Vittorio Emanuele II, who could not stand the palace label and official lunches, preferring this dish by far, and Camillo Benso, the Count of Cavour.

The Italian Academy of Cuisine has reconstructed the recipe for the “Gran Bollito Risorgimentale Piemontese”, to be prepared following the so-called “rule of seven”: 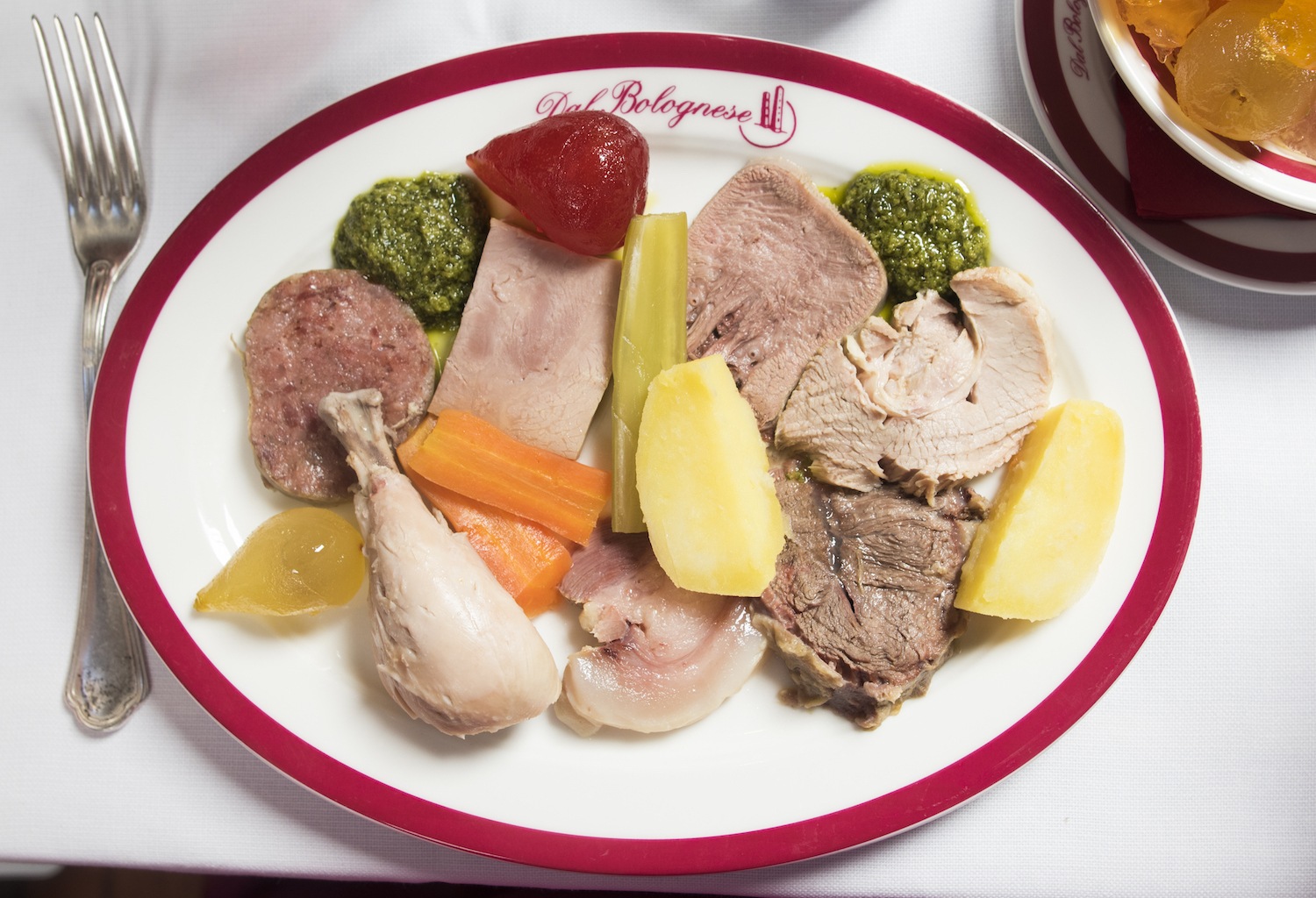 The quadrilateral of boiled meat.

There are four Italian regions most linked to the tradition of boiled meat: Piedmont, Lombardy, Veneto and Emilia Romagna.

What is the traditional Bolognese boiled meat? From the incredibly wide selection of sauces, mustards and side dishes (mashed potatoes, sweet and sour onions, stewed white beans, buttered spinach, carrots and boiled potatoes) and the inevitable cart of boiled meat, where the meat rest in their broth ready to be served still smoking in the dishes of the estimators … 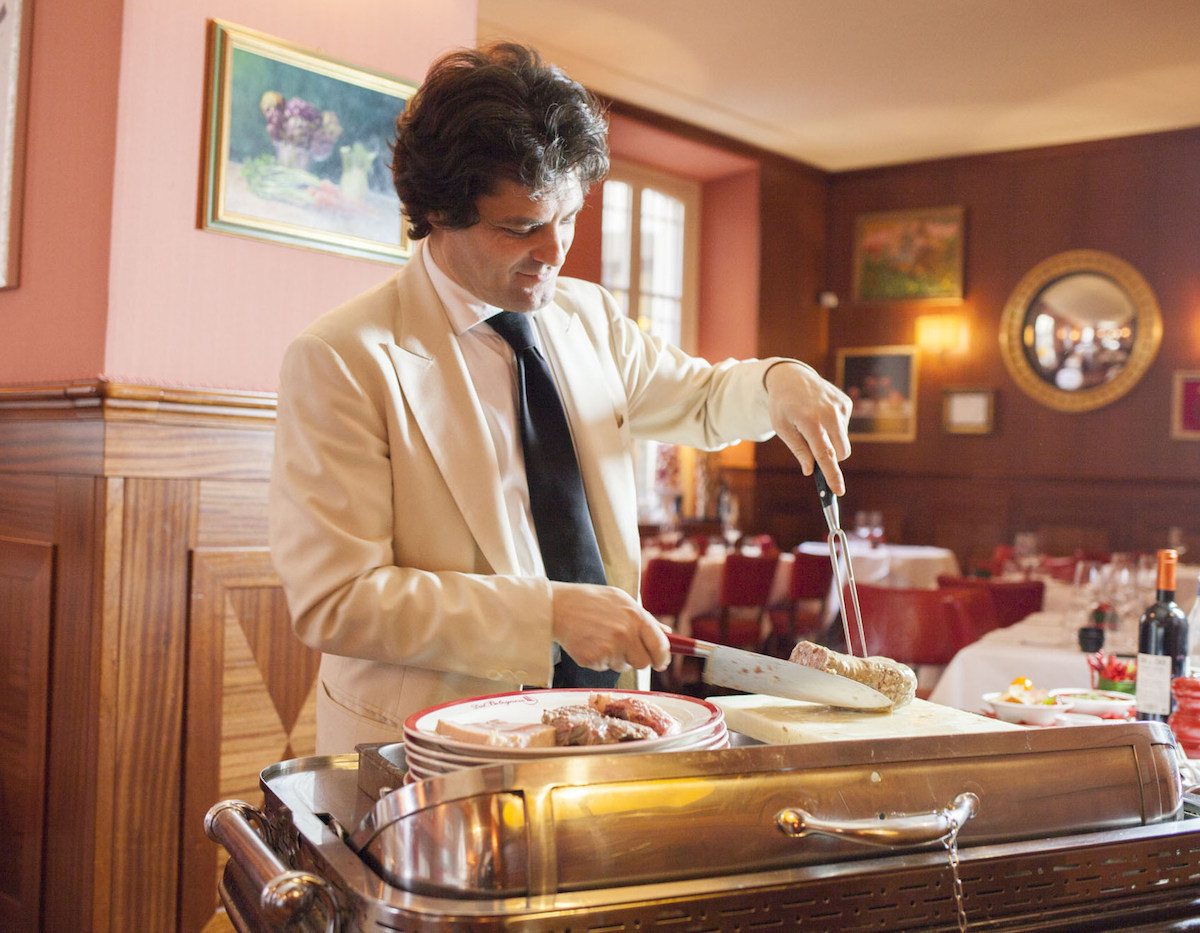 Since the opening of our first restaurant in Rome over 50 years have passed: for three generations we have been pleased to serve our guests the traditional Bolognese cuisine, made of flavor, genuineness and respect for classic recipes.

Leafing through the Menu you will find the dishes symbol of the Emilian tradition, prepared with care and respect.

From the classic Bolognese cold cuts to timeless first courses such as tortellini in brodo, lasagna or tagliatelle with meat sauce, passing through the rare cart of boiled meat, which never lacks in the room and contributes to create that familiar, welcoming atmosphere made of ancient flavors, without which it would not make sense to be there.

The appointment is in Rome in Piazza del Popolo 1, and in Milan, in the exclusive setting of Palazzo Recalcati, in Via Amedei, 8.