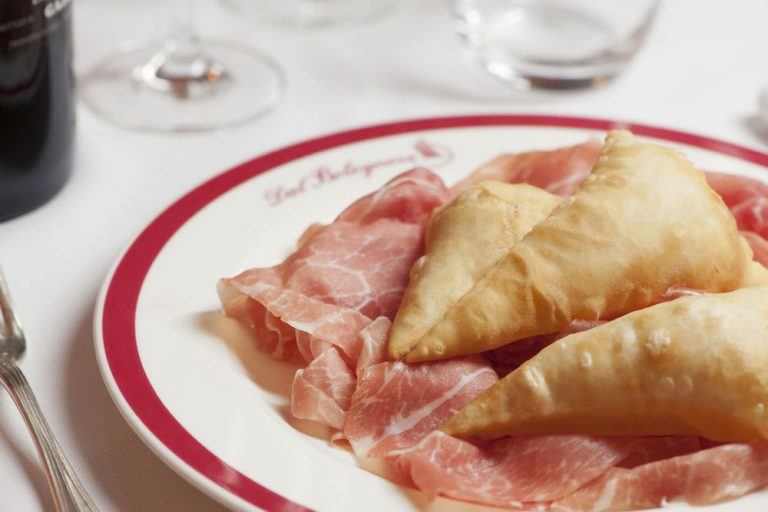 It is nearly impossible to describe the Bolognese cuisine in just a few dishes. However, today we want to highlight 4 of the most famous recipes of a culinary tradition envied around the world. Feeling hungry?

We could not start this mini tour along the most popular Bolognese dishes without mentioning the most famous dish: the tortellini, present in Emilian history since 1100.

In Bologna, they are made cutting very thin pasta into squares. The pasta itself is made with fresh eggs and filled with a delicious stuffing made of:

According to legend, the shape of this speciality originates from an Emilian inn owner, who was awestruck by the belly button of a beautiful woman (some say it was a duchess, others, Venus herself). 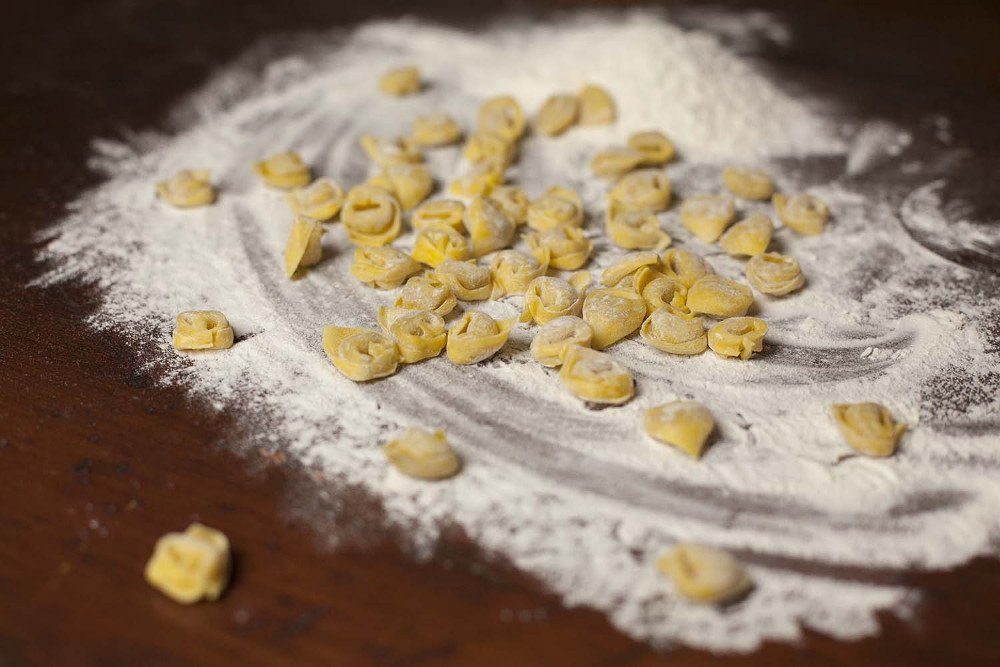 Together with tortellini, it is probably one of the most popular Italian specialities. At the same time, it is the dish that best represents the richness of Emilian cuisine.

We all know the thin layers of pasta interspersed with meat sauce, but maybe not all are aware of two important details:

What is the secret of a perfect lasagna? To serve it searing hot, as it comes out of the oven, so that its unmistakable aroma can be fully appreciated.

The recipe for the great Bolognese mixed boiled meat dish was registered at the Chamber of Commerce in 2006. It is one of the most beloved dishes by connoisseurs, specially during winter. It is prepared by boiling together different types of meat, vegetables, spices and aromatic herbs for a long time.

This great classic of the Emilian cuisine is prepared using specific cuts from pork, beef and veal meat, finding the perfect equilibrium between them and boiling them slowly, without rush. Let us clear all doubts: if this dish does not use mixed meats, it is not from Bologna.

What is the beauty of this dish? It is served with a selection of sauces (like the green one and one made of peppers) and mustards (like apple or fruit). 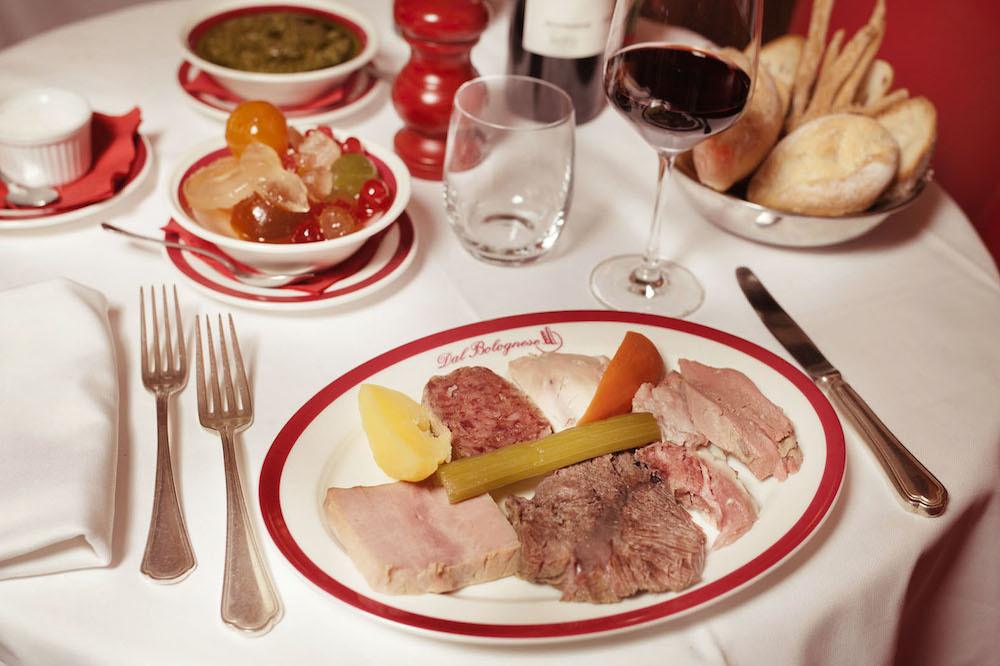 It is one of the most simple and quick of the Bolognese recipes, yet one of the most delicious. The gnocco is very tasty, versatile and loved by big and small; it can definitely be the perfect solution for a dinner.

But what is it exactly? It is bread dough that has been fried in lard, served warm together with Emilian cheeses and cold cuts.

This delicacy, known as “crescentina” in Bologna, was invented by the Lombards, who left the recipe to the Emilians after their colonisation.

Probably its name also derives from the Lombard term which means knot (this may have to do with its particular shape).

It does not make sense to describe its taste with words, you just have to try it to understand for yourself! 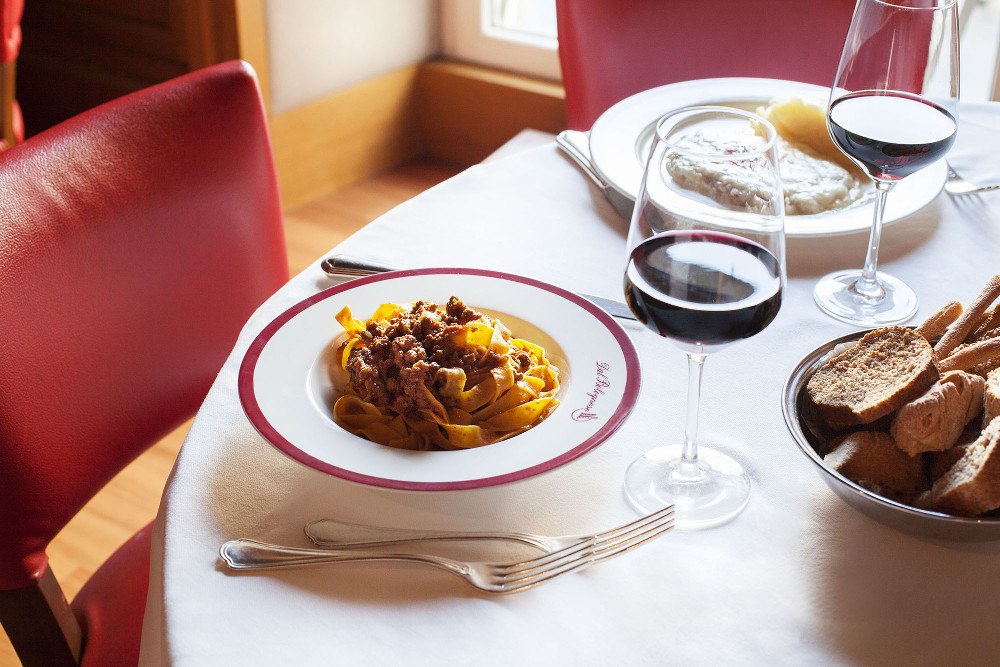 Passion for Emilian cuisine, love for the best ingredients, more than 50 years of experience and two locations, one in Rome and the other in Milan. This and much more is Dal Bolognese.

It is the perfect place to enjoy a traditional Emilian-Bolognese meal, prepared as tradition dictates and served in an elegant and refined atmosphere, yet cosy and friendly. Check out our menu to discover the traditional Bolognese cuisine, still famous and in vogue.

The only problem you’ll encounter is choosing among the great cold cuts, fresh pasta, mixed boiled meat dish, side dishes using seasonal ingredients, our desserts and our high-end wine list.

Come and join us in Via Amedei 8 (in a 16th-century building) in Milan and in Piazza del Popolo 1 in Rome. We await you to let you taste tradition.